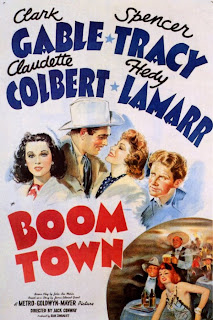 Betsy Bartlett (Claudette Colbert) is the love of Square John Sand's (Spencer Tracy) life. He’s been “wildcatting” (prospecting for oil in an area supposed to be unproductive) for years, hoping to strike it big so he can provide for her. When Square John knows he has a prime spot, he has difficulty getting the oil equipment from Luther Aldrich (Frank Morgan) who has been swindled one too many times before. Enter Big John McMasters (Clark Gable) who Square John does not hit it off with until he assumes that Big John has the dough to front for the equipment and he tells him of his plan. However, Big John is more interested in boozing and womanizing at the moment and when the two start drinking, Square John realizes that Big John doesn’t have that much dough, that he’s just blowing some hard earned funds. Despite this, he helps Big John out of a scrap over a girl and Big John in turn promises to get the oil equipment so they can drill. After a failed first attempt where Square John admits they should have drilled near a spot that Big John indicated would produce, they have to beat feet out of town as Aldrich is on to their scam to use his equipment with plans to pay him off when the oil comes through. After months of working other fields, Big and Square John are able to scrape together enough money to get the equipment legitimately and go back to drill- this time in Big John's spot of choice. When it becomes clear they are going to hit oil, Square John sends for Betsy to come to town. When she does, she runs into Big John who is out for another night of boozing and womanizing. Having no idea who she really is, they spend the evening together and get hitched. Meanwhile, the oil has been struck and elated Square John comes to town to tell Big John the news. Betsy quickly admits who she is and together they tell Square John the news of their marriage. Though both men are upset, Square John is mostly concerned with Betsy's happiness and they work out their differences while building up their oil field and enjoying the spoils. Then one day Big John is caught by Square John and Betsy drunkenly carousing with a saloon waitress. The Johns butt heads and split up with Square John taking over the oil field and money having won the coin toss.
Years of struggling to get back on top strengthen the bond between Big John and Betsy, a bond that eventually produces a son. Despite years of refusing help from one another when both men were down and out, Big John decides to eventually extend the olive branch. When he gets into the oil refinery business he is determined to have Square John as his partner. Square John begrudgingly accepts but is then confronted with Big John's obvious affair with Karen Vanmeer (Hedy Lamarr) who is determined to win Big John for herself. Another battle ensues with Square John risking friendship and fortune to make sure that Betsy is not harmed by their affair. 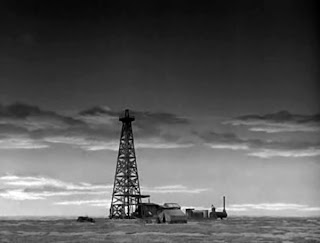 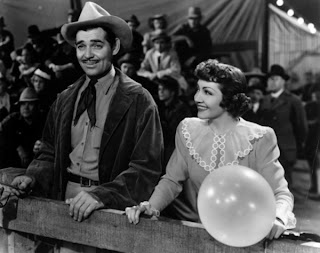 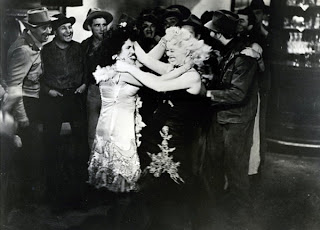 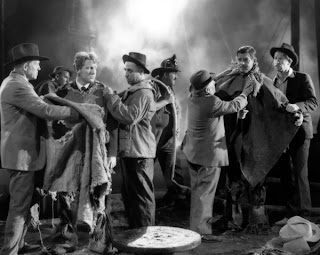 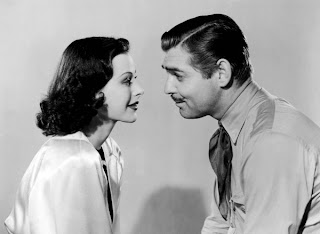 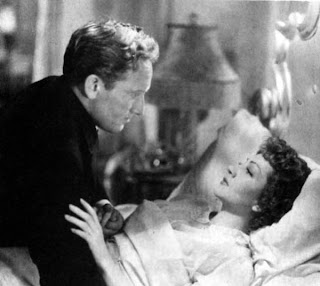 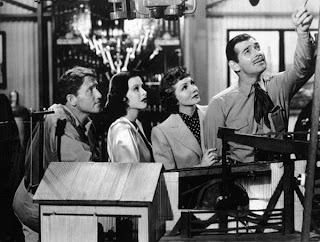 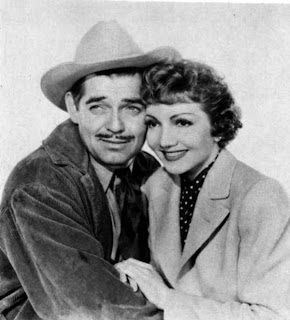 An interesting film about the lengths one will go to when they truly love another person, Boom Town also has a surprising message delivered by Square John in defense of Big John. Something that we in America today are familiar with, the usage of America's natural resources in relation to the quanity of those resources. Square John makes a very convincing argument that compels viewers like me some seventy years later to ponder what America would be like today if we simply followed logical thinking instead of the almighty dollar.