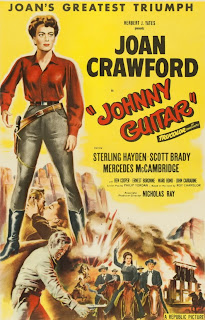 Living in her saloon on the outskirts of an Arizona cattle town, Vienna (Joan Crawford) maintains a volatile relationship with the local townsfolk for her support in the railroad being laid nearby, a railroad that will make her rich when she builds up her own town and can stop depending on the “kindness” of the community nearby. Vienna is also looked down upon for permitting a suspected stage robber called The Dancin' Kid (Scott Brady) to frequent her saloon and sometimes her bed. She and The Dancin’ Kid have been ordered to leave the area as they are suspected of murdering Emma Small’s (Mercedes McCambridge) brother. Unfortunately, Emma is a bitter, frustrated leader of a nearby community with a vindictive streak. Though Vienna and The Dancin’ Kid did not murder her brother, Emma is torn between jealousy and fear about The Dancin’ Kid and his relationship with her and Vienna. She is trying to rid both of them from her life no matter how it’s done.
Vienna's ex-lover Johnny Guitar (Sterling Hayden), a reformed gunslinger whose real name is Logan, arrives at the saloon just in time to fulfill his new role as Vienna’s protector. As he and Vienna renew their love for one another they must contend with The Dancin' Kid and his gang robbing the town bank. Knowing the townsfolk will suspect her in the crime as well; Vienna holds her ground and refuses to leave her saloon. When the posse descends upon her, Johnny comes to her rescue and they take refuge in The Dancin' Kid's secret hideaway. When the posse tracks them down Emma challenges Vienna to a showdown. 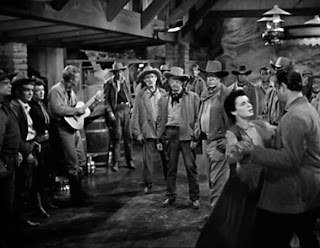 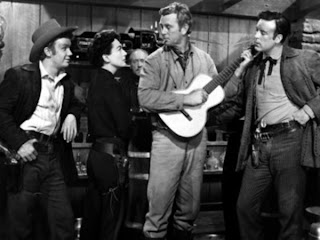 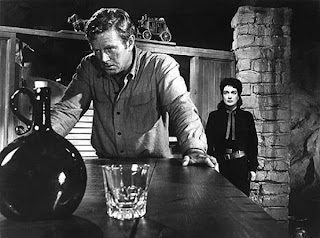 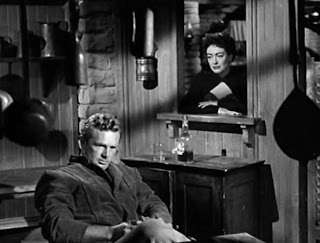 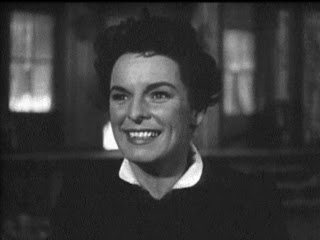 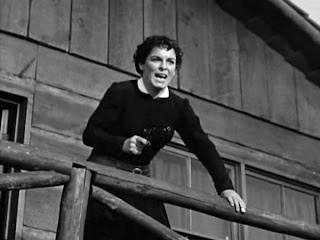 Quite possibly the worst movie I have ever seen Joan Crawford in (I say this without having seen Trog, Beserk, I Saw What You Did, Della, etc.). It’s as if the actors knew they were performing in a mediocre vehicle and to make up for the lack of a good plot, decided that if they were gong to go down in flames, they would do it in good camp fashion. However, even this movie isn’t good enough to be camp. The over-acting, the unnecessary and often corny gestures, and the dialogue equated a hot mess I couldn’t peel my eyes away from despite the blaring Technicolor of Crawford’s shirts and kerchiefs. What's worse is that Western standards like Ward Bond and John Carradine couldn't even help this sinking ship.
Side note:
Apparently Crawford and McCambridge's duels were fought both on and off camera. One night, in a drunken rage, Crawford scattered the costumes worn by McCambridge along an Arizona highway and the cast and crew had to collect the outfits.
Fun Fact:
McCambridge was the voice of the demon in The Excorcist (1973).
Tonight on TCM! Time for crime!
Bullitt (1968) When mobsters kill the witness he was assigned to protect, a dedicated policeman investigates the case on his own. Cast: Steve McQueen, Robert Vaughn, Jacqueline Bisset, Don Gordon Dir: Peter Yates
The French Connection (1971)
Two New York narcotics cops set out to bust a French drug smuggling ring.
Cast: Gene Hackman, Fernando Rey, Roy Scheider, Tony Lo Bianco Dir: William Friedkin
Bonnie and Clyde (1967)
The legendary bank robbers run riot in the South of the 1930s. Cast: Warren Beatty, Faye Dunaway, Michael J. Pollard, Gene Hackman Dir: Arthur Penn
Posted by Sarah at 5:00 AM