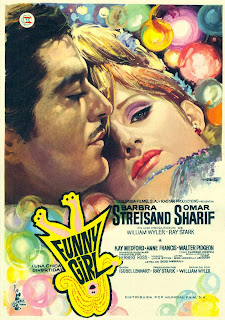 A loosely based musical biopic of Fanny Brice that’s about as accurate as The Great Ziegfeld biopic that happened to feature Fanny Brice, Funny Girl isn’t a terribly bad musical. I can say that as someone who dislikes musicals because halfway through the film the music and Fanny’s career become secondary to the melodrama that is her relationship with Arnstein. A relationship that was highly fictionalized as Ray Stark, producer of both the Broadway and the film version of Funny Girl and Fanny Brice’s son-in-law was given the difficult task of appeasing remaining family members and associates of Brice. Among the most important to not offend was Arnstein himself, he was still alive when Funny Girl became a hit and eager to sue for defamation. He was hardly the Arnstein Omar Sharif portrayed in Funny Girl. Check out Funny Girl Debunked for more information. 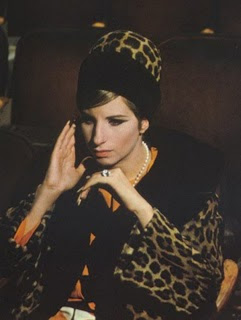 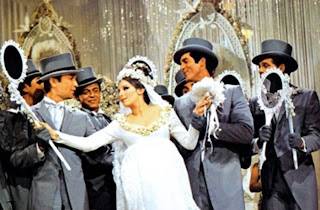 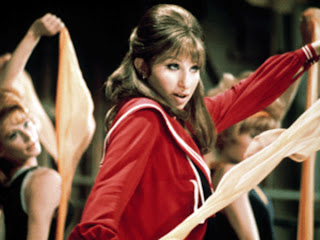 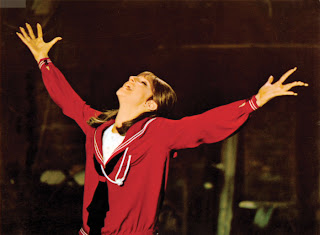 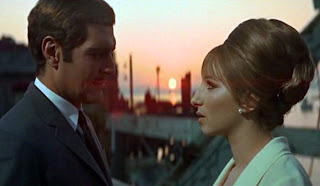 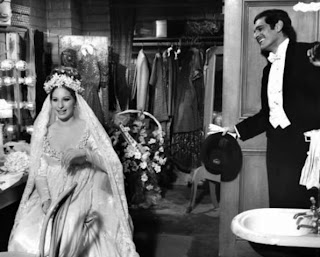 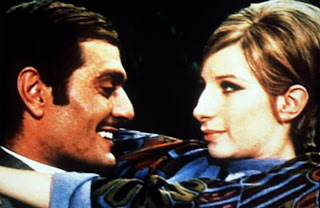 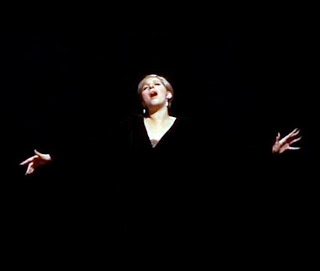 This was Wyler’s first musical and though I am no musical officiando, I thought the film had a nice pace despite the length of it. It was a touching love story and a credit to Streisand’s wonderful voice and sense of humor. Something I wish she had stuck with instead of becoming more dramatic and reclusive. I wouldn’t have minded seeing her do more musical numbers onstage as “His Love makes Me Beautiful” and “The Swan” were hilarious.
As for the other characters in the film, Walter Pidgeon’s Ziegfeld was hardly seen enough to comment on. Omar Sharif was suave and gentlemanly and his singing wasn’t too shabby. Kay Medford was a delight as Brice’s mother and the film could have benefited from more of her one-liners. In comparison to Streisand however, all the other characters fall to the wayside.
Pet peeve: Streisand's nails. Oy vey! You want you should scratch yourself in the face with those things?
Tonight on TCM!
Gypsy (1962) A domineering mother pushes her two daughters to burlesque stardom.
Cast: Rosalind Russell, Natalie Wood, Karl Malden, Paul Wallace Dir: Mervyn LeRoy
Posted by Sarah at 5:00 AM