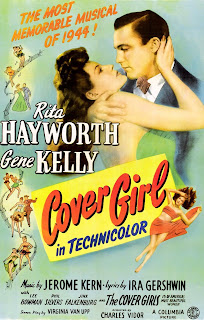 Rusty Parker (Rita Hayworth) is looking for an opportunity to make it big. When it comes in the form of being a “cover girl” for Vanity Fair due to the discovery and assistance of magazine publisher and possible grandfather John Coudair (Otto Kruger), Rusty finds herself an overnight sensation. With opportunities to leave Danny Maguire's nightclub and strike it big on Broadway, Rusty hesitates. She loves Danny (Gene Kelly), his club, and their Friday night ritual of searching for a pearl at Joe's oyster bar with their good friend “Genius” (Phil Silvers) and isn’t sure if she really does want to leave it all behind. With pressure from Coudair who wants to give Rusty everything he couldn’t give her grandmother, and Broadway theater owner Noel Wheaton (Lee Bowman) who wants to marry her and make her a star, Rusty and Danny are torn apart. Can they get back together before there are more mistakes and heartbreak? Perhaps their friend “Genius” is as dumb as he acts and perhaps Danny will find that pearl in just the nick of time. 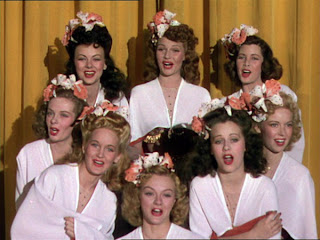 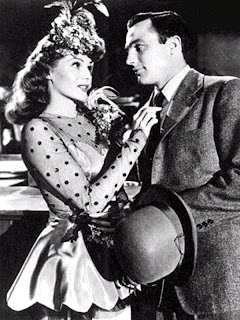 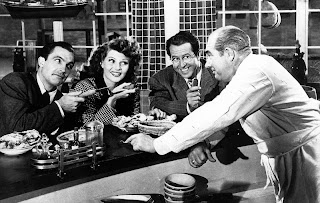 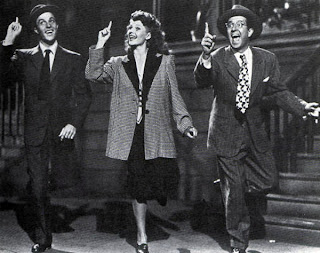 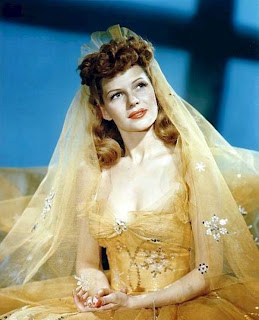 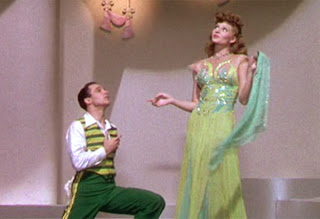 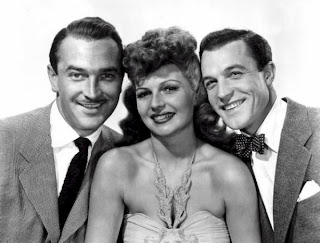 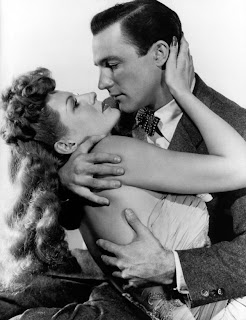 Cover Girl is a nice light-hearted musical that displays humorous songs (I thought "Who's Complaining?" and "Poor John" were the best) and playful dances- one in which Kelly dances with an image of himself. Hayworth executed lip-syncing well, I was surprised to find her voice had been dubbed and it was nice to finally see her dance. The film also starred Eve Arden whose sardonic humor and facial expressions always add a wonderful element to a film.

Side note:
The score for Cover Girl created by Jerome Kern and Ira Gershwin, which featured the Oscar nominated "Long Ago and Far Away", was a major factor in the film's success.