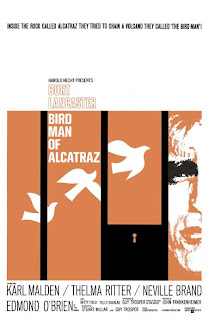 In 1909, Robert Stroud kills a man in Alaska and is sentenced to 12 years imprisonment. He forfeits his chance for parole when he knifes another prisoner. While serving time at Leavenworth, he murders a prison guard who refuses to let his mother visit him, and he is condemned to death. Before his execution can be carried out, however, his mother visits Mrs. Woodrow Wilson, who persuades the president to commute Stroud's sentence to life imprisonment. The prison warden, Harvey Shoemaker, informs Stroud that he will spend the rest of his life in solitary confinement. One day during exercise period in the isolation yard, he finds a wounded sparrow and takes it to his cell. Secretly he nurses the bird back to health and then teaches it to perform tricks. When Warden Shoemaker is replaced by a kindlier man, Stroud is given permission to keep his pet and also to have other birds in his cell. Through endless study, he becomes an authority on caged birds and eventually writes a textbook on their diseases. After winning a prize in a magazine competition, he is visited by Stella Johnson, a lonely widow who suggests that they manufacture his remedies. A change in the prison set-up threatens to deprive Stroud of his birds, but he finds a legal loophole that will permit him to marry Stella while he is still in solitary confinement. The newspaper publicity which is created permits him to carry on his work. Then he is abruptly transferred to Alcatraz where his old nemesis, Shoemaker, is warden. When Stroud is informed that he can no longer keep his birds, he shifts his interest to caged men and writes a book on penology. Shoemaker, however, has the work confiscated. Stroud acts as a peacemaker in a prison riot and is transferred to a minimum security farm at Springfield, Missouri. As he leaves Alcatraz, he is met by Tom Gaddis, a social worker and writer who became Stroud's defender by writing Bird Man of Alcatraz in 1955. –TCM 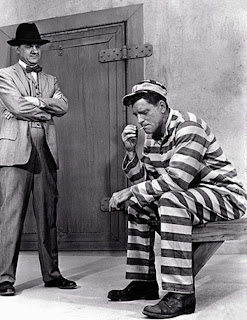 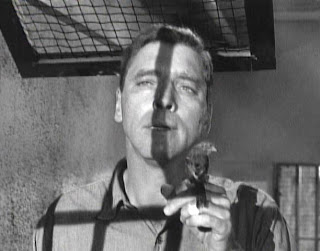 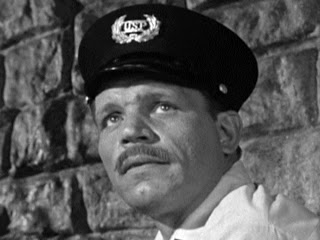 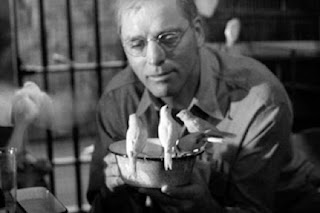 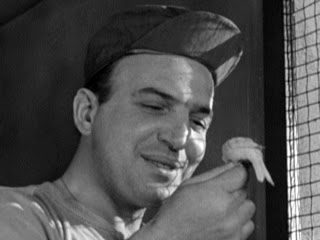 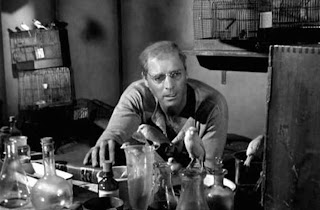 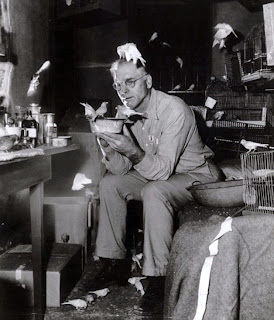 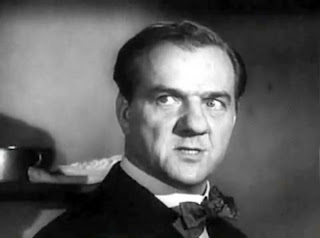 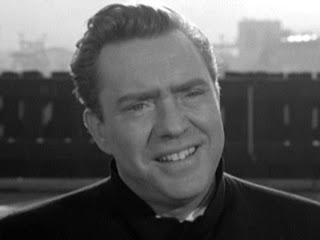 Birdman of Alcatraz is a very absorbing biopic that starts out a little weak but before you know it has you in its clutches. This is my first Burt Lancaster film. Lancaster is one of those actors who have always been on the periphery, in sight but coming into his own in an era that I am only now willing to open up to- the fifties and sixties. It was really Karl Malden that I was interested in seeing and I ended up seeing very fine performances from both men. I have read that Lancaster got flack for being a very liberal-minded actor, choosing roles that defined his views both on and off screen. Not having seen any of his other films, I cannot confirm this. However, his role as Robert Stroud does take on a liberal view of imprisonment and its downside when it comes to conformity and rehabilitation (see video below, one of the best scenes in the film). In contrast, Malden’s Shoemaker takes on a less compassionate role and yet, at least to me, still maintains some compassion. Of all the synopsis’ of the film I read, they describe Shoemaker as vindictive, Stroud’s nemesis. I disagree. Yes, his methods are flawed but he gives Stroud a chance to redeem himself, something the young Stroud fails at and horribly so by taking another life. Understandably Shoemaker feels responsible as the guard that Stroud kills is the same guard that suggested Stroud be kept in solitary confinement due to his vicious nature. Shoemaker advises the guard that every inmate should have a chance at redemption and ignores the suggestion. Stroud’s subsequent case and the use of his mother to get a presidential pardon for his heinous crime leads Shoemaker to understandable measures, indefinite solitary confinement.
I did have some difficulty with Lancaster’s ability to portray a vicious man. He did a much better job portraying a reflective and sympathetic Stroud as his time in prison and his work with birds went on. His affection for the birds and their symbolic meaning is genuine. You see his rough exterior, his awkward handling from his first bird to the last fade as he ages and becomes more educated on the species.
Other interesting aspects of the film are Stroud’s relationship with his mother played by Thelma Ritter and his relationship with his Leavenworth prison guard played by Neville Brand. Ritter plays wonderfully at being deceptively unselfish and devoted until Stroud refuses to give up his wife. Her refusal to continue contact with him or to work on his behalf for a pardon confirms the suspicion of her growing jealousy. In contrast, Brand’s relationship to Stroud points out how true human compassion can be found even in a dark cell in solitary confinement. After several years of Stroud’s cold refusal to be more “human” yet still needy when it comes to acquiring items for his birds, there is a showdown causing Stroud deeper reflection upon his actions. Their parting when Stroud is suddenly and randomly transferred is extremely touching.


Side note:
From what I have read about the real Stroud, the movie gives us a wonderfully sugar coated vision. Apparently the real Stroud was anything but sympathetic. He was often reported being an extremely difficult and demented inmate who, though highly intelligent, was villainous. He really did form a partnership for Stroud’s Specifics and eventually married his partner. His mother did refused to contact him after he did this. 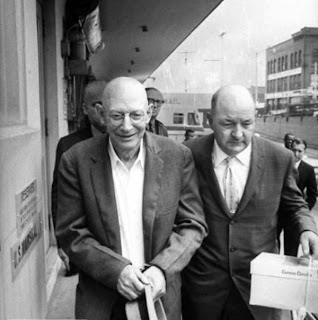