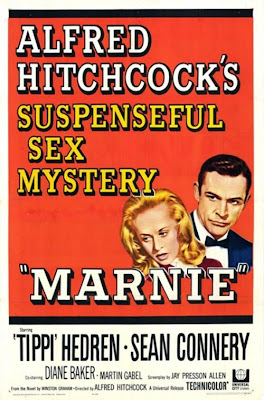 Marnie Edgar (Tippi Hedren) is a very troubled young woman. A compulsive thief and pathological liar, she tries to escape the charming Mark Rutland (Sean Connery) after robbing his company. However, Rutland is on to her and despite being a client of her last victim, he is intrigued by her and allows her to be hired so he can watch her and eventually woo her. When Rutland catches up to Marnie he strikes a deal- marry him or go to jail. Marnie opts for marriage and Rutland soon finds out that she’s a very cold individual who despises being touched, has an extreme fear of thunderstorms and the color red, and is repressing a terrible childhood memory. Rutland unsuccessfully tries amateur psychiatry on Marnie while secretly having her past investigated. He learns that her mother is still alive despite Marnie telling him she was dead. Rutland thinks her mother is the key to unlocking Marnie’s dirty secret. 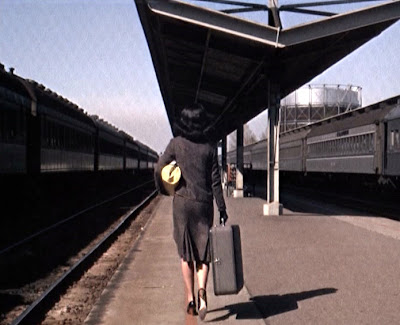 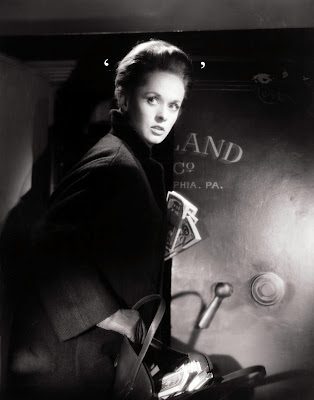 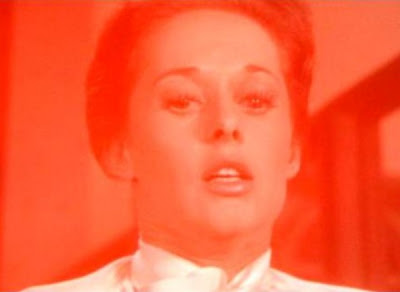 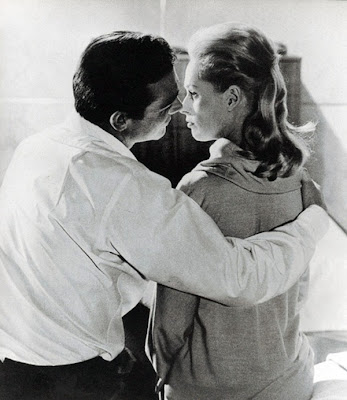 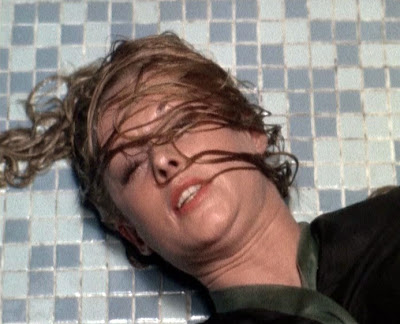 Mark Rutland: Well why didn't you jump over the side?
Marnie Edgar: The idea was to kill myself, not feed the damn fish. 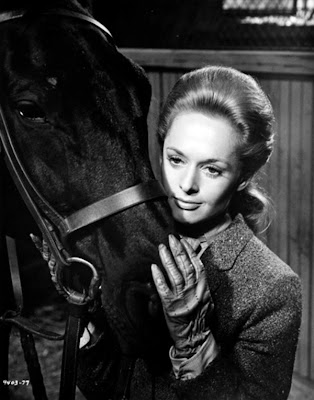 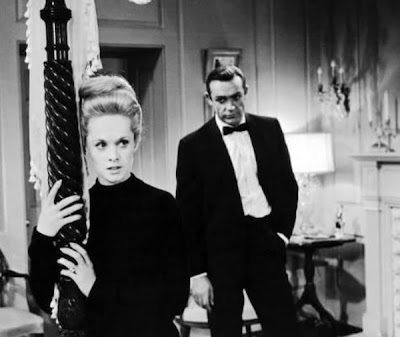 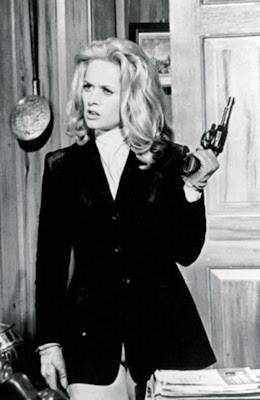 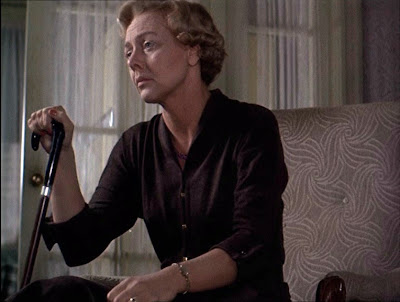 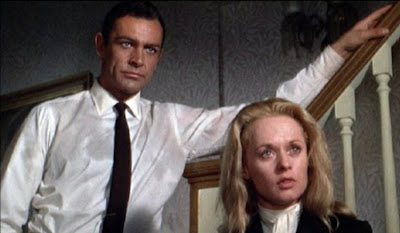 I can’t decide if I really liked this film or not. Most of the film focused on Rutland getting to the root of Marnie’s issues through various arguments that become tedious very quickly. I wasn’t convinced that Rutland truly loved Marnie but instead felt she was more a fascinating study and easily controlled through threats. He comes off insensitive and eventually a brute when he rapes her only to slightly redeem himself by saving her from her attempted suicide and bringing Fornio, her beloved horse and the only thing she truly loves, to live with them. I could also do without the over-acting of Louise Latham who played Marnie’s mother. She did quite well in the beginning of the film but at the end and in the flashback, she is too over-the-top.
This being said, the plot was juicy and though I had a vague idea of what was going on with Marnie, the ending was still a bit of a thriller. However, this will currently stand as my least favorite Hitchcock film.