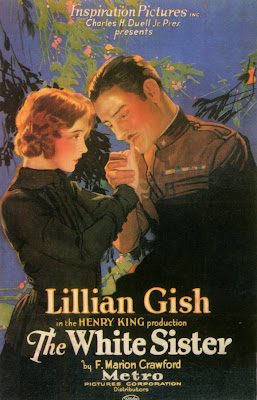 Angela Chiaromonte (Lillian Gish) and Captain Giovanni Severini (Ronald Colman) are deeply in love, but Angela's wealthy father, Prince Chiaromonte (Charles Lane), does not know this and arranges her marriage, without her knowledge, to the son of Count del Ferice (Roman Ibanez). However, the prince is killed as the result of an accident while riding to hounds.
While Angela grieves, her older half-sister, the Marchesa di Mola (Gail Kane), takes the opportunity to look through their late father's papers and secretly burns one of them. No will can be found, so not only does the entire estate go to the Marchesa, but because the prince's second marriage was not registered with the civil authorities, it is not considered legally valid, making Angela "nobody". With that, Count del Ferice dissolves the marriage contract between Angela and his son.
The Marchesa orders Angela to leave the palace that very day, revealing that she has always hated her step-sister for "whining" her way into their father's affection and more recently for taking Giovanni, the only man she ever loved. Madame Bernard (Juliette La Violette), Angela's companion and chaperon, offers her a place in her home.
Giovanni finally finds her there, but has some bad news. He has been appointed to command an expedition of engineers being sent to Africa and must leave the next morning. However, he promises they will be married the day he returns.
Unfortunately, his camp is attacked by Arabs, and Italian newspapers announce that all have been massacred. When Angela hears the news, she becomes catatonic. She is taken to the Santa Giovanna d'Aza hospital, which is run by nuns. After several days, the painter Durand (Alfredo Bertone), himself hopelessly in love with Angela, creates a portrait of Giovanni and brings it to the hospital, hoping it will help. Angela at first mistakes it for Giovanni, kissing it several times, but then comes to her senses. After a while, she informs Monsignor Seracinesca (J. Barney Sherry), an old family friend that she intends to become a nun, a white sister, in honor of Giovanni.
However, Giovanni is still alive. For two years, he languishes as a captive until the death of his sole comrade gives him the chance to overpower their guard and escape. On the ship back to Italy, he is ordered not to speak to anyone until he has seen the Minister of War. That same day, Angela takes her final vows in a solemn ceremony, dedicating her life to the Catholic Church.
Giovanni's older brother, Professor Ugo Severi (Gustavo Serena), breaks down after years of research trying to harness the power of Mount Vesuvius and is taken to the Santa Giovanna d'Aza hospital. Giovanni is given permission to visit him, and by chance, meets Angela. After their initial shock, he embraces and tries to kiss her. She responds at first, but then remembers her circumstances and runs to her room. Monsignor Saracinesca restrains Giovanni from following, explaining that Angela is now married to the church.
Giovanni refuses to accept that. He lures Angela by false pretenses to his brother's observatory. He tries to get her to sign a petition to the Pope requesting to be released from her vows, but she refuses. When Giovanni sees that all his pleadings are useless, he allows her to leave.
The Marchesa tries to persuade Monsignor Saracinesca that Angela has gone willingly to be with her lover. He does not believe her, but sets out for the observatory anyway. Meanwhile, Giovanni notices that his brother's invention indicates that Vesuvius is about to erupt. He rides to warn the townsfolk, passing Saracinesca on the way.
The Marchesa's carriage is wrecked when her horses bolt, startled by lightning. Fatally injured, she crawls and stumbles to an empty church, her only thought to confess her sins before dying. By chance, Angela seeks shelter there. Not recognizing her, the Marchesa confesses she burned the will out of hatred and asks if her sister will forgive her. After a visible struggle with her emotions, Angela says she does, before her sister passes away.
Vesuvius erupts, sending lava down its slopes and breaking a water reservoir. However, Giovanni has been in time. Most of the townspeople are saved. Giovanni though drowns helping a mother and her children. Afterward, Angela asks God to keep him safe until they can be reunited. -Wikipedia (and it's accurate!) 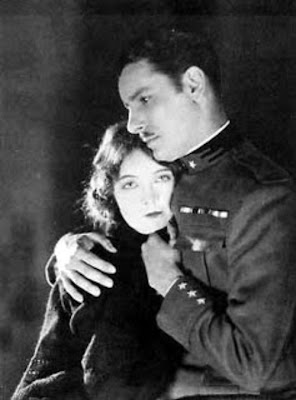 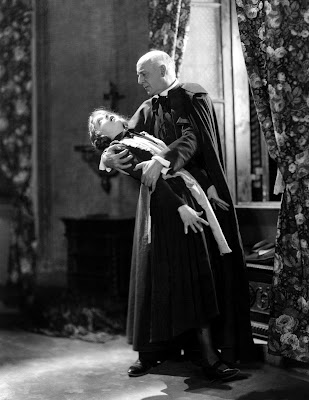 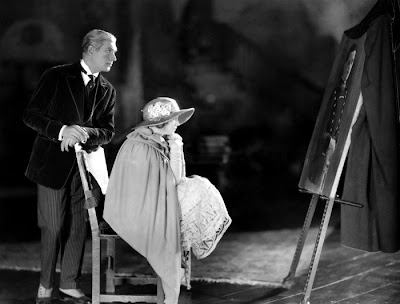 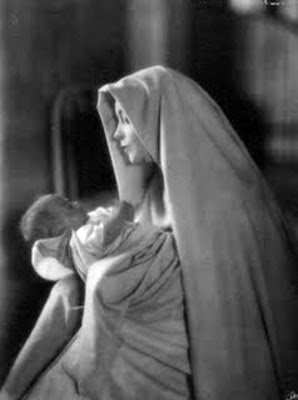 My poor DVR had a meltdown over the length of this film so the last few moments were not to be seen. Personally, I was done about forty minutes in. It was lovely to see Lillian Gish in action for the first time and to see a very young and dapper looking Ronald Colman, but I felt the length of the film far exceeded the plot. However, that's not to say there were not some truly beautiful, touching, and suspenseful parts of this film.
When Angela awakens from her comatose state to find the large portrait of Giovanni staring at her, I could not help tearing up as she kissed and touched the portrait as if to bring him back to her. When Angela is marrying herself to the church while Giovanni is anxiously pacing the ship that will bring him back to her- the scene is cleverly drawn out going back and forth between the church ritual and Giovanni being told he could not speak to anyone before reporting to the war office. The scene is full of suspense- you want so badly for him to get there on time and then suddenly Angela is a nun and Giovanni is debarking the ship. When they finally reunite by accident it's touching to see Giovanni rail at the church and the Monsignor for taking his love away.
The painter, Durand has her dubbed as "The White Sister" because she is above all earthly love, untouchable- Gish aptly plays the part as she possessed a very ethereal beauty and I was impressed with how much emotion she could carry in her eyes alone. I have read elsewhere that Gish also possessed very expressive fingers and I would concur. Though this is the only silent film I have seen her in, it was refreshing to see that she could express so much more with her eyes and simple finger movement than any of the other actors (especially of that era) who depended upon big, sweeping gestures and flailing themselves across the screen to prove a point.

Helen Hayes played in the 1933 version of The White Sister with Clark Gable and Lewis Stone. She also happened to be Lillian Gish's lifetime friend. Gish was the godmother of Hayes' son James MacArthur and Hayes was the beneficiary to Gish's estate.