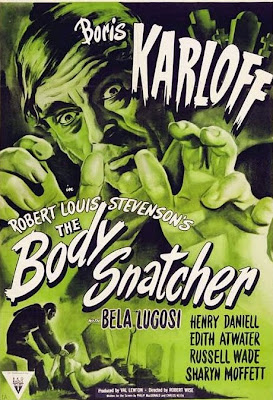 Donald Fettes (Russell Wade), a prize student of Dr. MacFarlane (Henry Daniell) gets a dose of serious reality when he becomes entangled in a web of lies and eventual murder. Dr. MacFarlane pays John Gray (Boris Karloff) to deliver bodies under the guise that they are paupers who have been donated for medicine and not the recently buried townspeople. When MacFarlane reveals that Gray has been grave digging, he easily convinces Fettes that without the bodies, there would be no way to further science to prevent things that killed the people they were dissecting in the first place. Unfortunately, with cemeteries being heavily guarded, Gray eventually turns to murder in order to collect his fee. When Fettes discovers this and tells MacFarlane, he learns that MacFarlane has a past that Gray blackmails him with. Realizing that he will never be rid of Gray, who constantly taunts him, MacFarlane kills Gray only to be haunted by his actions. 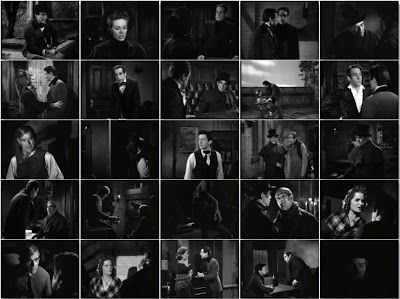 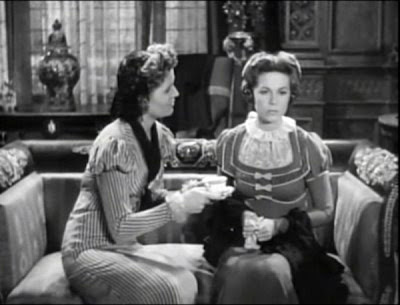 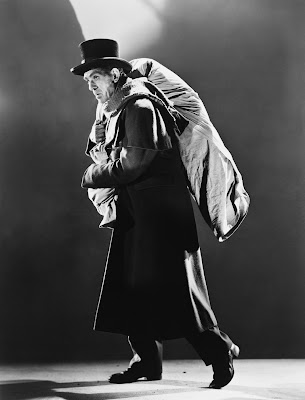 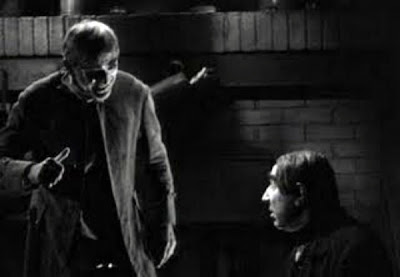 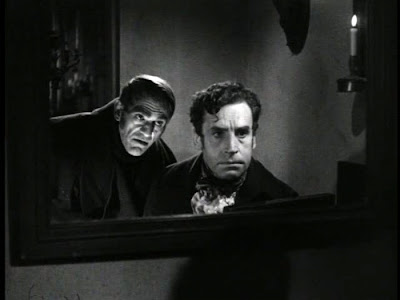 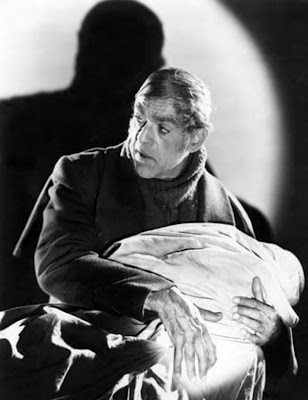 This is my first Boris Karloff film and I found his acting phenomenal! As Robert Osborne said in the set up before the film, Karloff's experience as a talented stage and charactor actor were often overshadowed by the type of work he was casted in. The Body Snatcher, a " B" film, due to the producer Val Lewton continually fighting with executive producer, Jack Gross over the budget (Gross insisted upon keeping the budget at $125,000, plus the cost of employing Boris Karloff, while Lewton wanted to hire more stars and boost the picture to an "A" production), is a classic mainly due to the talent of Danielle and Karloff. Both stole the show whereas Russell Wade came off talentless, right down to the absence of an accent despite being a Scot. This is the same with Rita Corday and Sharyn Moffett, the mother and child who required Dr. MacFarlane's surgical skills. The "no accent" is a pet peeve of mine, I know one must take into consideration the aforementioned budget issues, but I find it hard to escape into a film when it has such blatant flaws. Also, not to be forgotten is Bela Lugosi, Karloff's counterpart in horror. His role in the film was obviously unecessary but Lewton eventually relented to the studio which was keen on hiring him so that the names of the top horror stars Karloff and Lugosi could appear on the marquee together.

Sidenote:
According to director Robert Wise, Karloff "felt that the role...was a chance for him to prove that he was something more than just a monster out to scare people, that he was an actor."