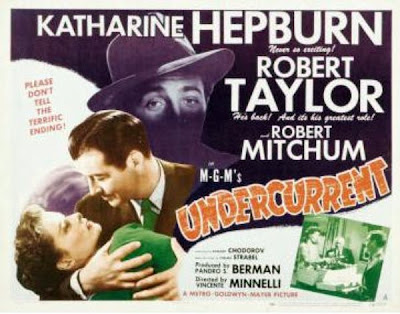 When industrialist Alan Garroway (Robert Taylor) and the unsophisticated daughter of chemistry professor, Ann Hamilton (Katharine Hepburn) marry, there are several things Ann will learn about her new husband. One: Ann senses she looks vaguely memorable to both Alan and his manager Mr. Warmsley (Clinton Sunberg) when they first meet. Two: Ann’s plain clothes and lack of style are embarrassing compared to Alan’s socialite friends but Alan has no trouble showing her how to dress and behave. Three: Alan tells Ann that after his father died he and his brother Michael took over their father's business, and that he has not seen or heard from Michael since Michael was caught stealing from him. Four: Alan’s response to Ann liking a book his brother Michael liked gives Ann the first inkling of how angry Alan can get. Five: while visiting Alan's family home in Middleburg, Virginia Alan angrily orders Ann to cease playing a familiar tune on the piano. He tells her that his mother died playing that tune. When asked, the caretaker informs her that Alan’s mother died in bed, not at the piano and that the tune she was playing was one that Michael used to play. Six: Ann meets Sylvia Lea Burton (Jayne Meadows) a woman that looks similar to Ann and who, Ann later finds out, Alan was in love with but Sylvia was in love with Michael. Ann begins to suspect that Alan’s odd behavior is symptomatic of some deep psychological issue and decides to help her husband overcome his problems. That’s when Ann’s troubles really begin. 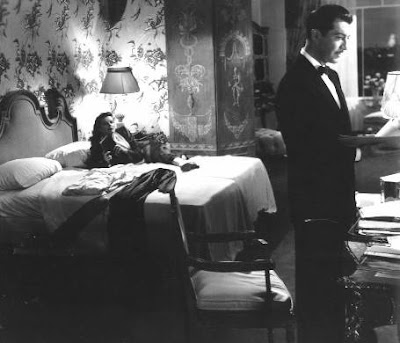 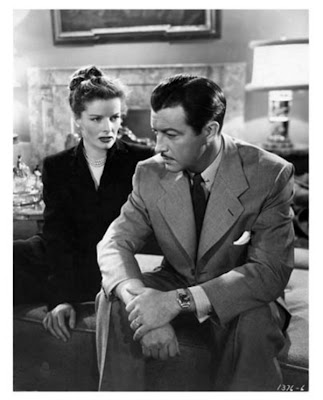 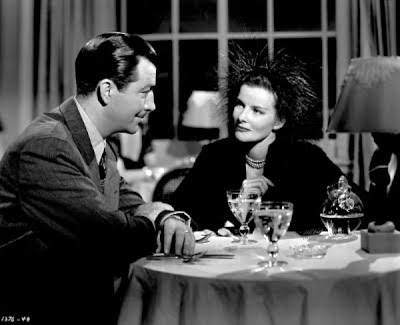 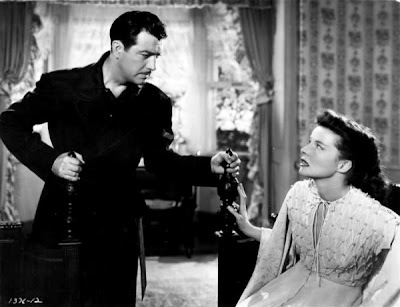 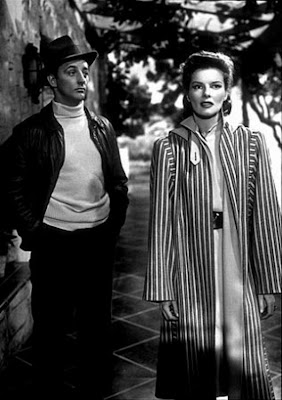 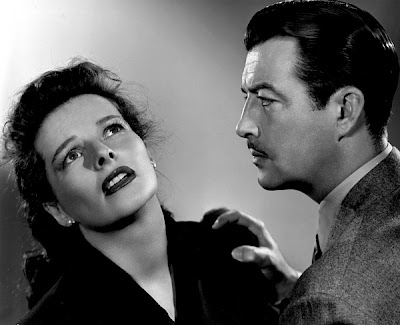 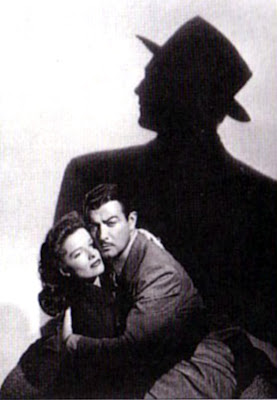 A film filled with firsts; Minnelli and Hepburn’s first film noir, Robert Taylor’s first post-war service film, and Mitchum’s first sensitive roll; I thought Undercurrent was fantastic. I have been reading around the interwebs that most people did not agree with the pairing of Taylor and Hepburn in this film. Most say that she was too strong a female character to seem cowed or afraid of her husband. I disagree. I liked her all the more in this film because I thought she played a naïve and innocent wife without the usual annoying mannerisms. Yes, there was the stream of consciousness spoken out loud at times but with this film it made sense. She was trying to make sense of the situation with her husband, in front of her husband while revealing to her husband that she had caught on to him. The monolgues were to a minimum as were the fluent Hepburn gesticulating. In short, I think she did some of her best work in this film.
As for Robert Taylor, his character is menacing a la Cary Grant in Suspicion. Much more physical and domineering, he shines onscreen with Hepburn instead of being outshined by her. No more the sensitive lover, wise cracking friend or charming protector as I had seen him in Camille, When Ladies Meet, and Her Cardboard Lover, Taylor returned from war a changed man… onscreen that is.
As for Mitchum, it was rumored that he and Hepburn did not get along. He entertained the film crew with a wicked imitation of Hepburn and whenever a scene did not go well, Hepburn told him he couldn’t act, that if he hadn’t been good looking he would never have gotten into pictures and that she was tired of working with people who had no talent. In their scenes I can sense an imbalance. Neither outshines the other or really compliments the other. It’s just off. Pairing someone as high strung as Hepburn despite how subdued she was in this film (compared to her others) to someone so nonchalant his eyelids don’t even care, was not the best idea. But I think Minnelli pulled it off and the finished project is too good to pass up. Check it out if you have not.