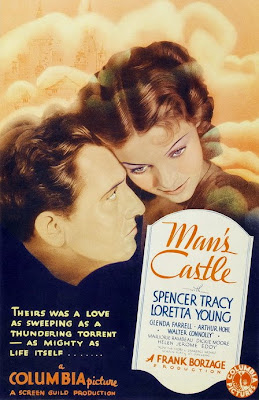 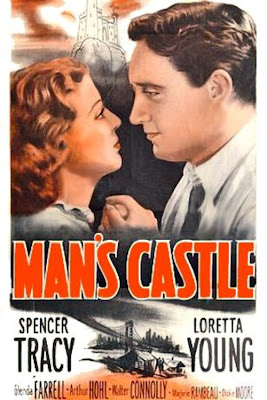 Trina (Loretta Young) meets a dapper looking Bill (Spencer Tracy) in the park when he’s feeding popcorn to the pigeons. When Bill notices her staring longingly at the popcorn he asks her what she’s about. When Trina admits that she hasn’t eaten in two days Bill reluctantly takes her to dinner. After she consumes an enormous meal in a fancy restaurant, Bill announces to the manager that he has no money and, points out that the restaurant throws away food every day so, what’s the harm in feeding two people for free? After threatening to plead his case aloud before the other patrons, the manager lets them leave. That’s when Bill reveals to Trina that the tuxedo he is wearing is one of his many odd jobs. He walks around in it with a lighted sign on his chest to advertise the store. Bill then takes her to the riverside shantytown where he lives. He agrees to have Trina live with him on a temporary basis as he can’t stand to be tied down, and even insists on sleeping under a hole in the roof so that he can always see the sky. The periodic whistle of the nearby trains rolling through is a constant reminder to Trina that she has no hold over Bill. Despite this she takes care of Bill, does not interfere with his independence, and even ignores his fling with a singer named Fay (Glenda Farrell). Eventually however, Trina becomes pregnant. Although Bill tries to hop a train out of town, his conscience gets the better of him and he has a fellow neighbor, Ira (Walter Connolly) marry him and Trina. Bill then turns to another neighbor Bragg (Arthur Hohl) and agrees to help him rob his former employee for big cash. Bill, despite just getting married, still has plans on leaving Trina but doesn’t want to leave her without money. When the robbery fails, Bragg, who has designs on Trina, calls the police to arrest Bill, hoping to have her for himself when Bill is in jail. However, Flossie (Marjorie Rambeau), another neighbor and drunken former girl friend of Bragg has different plans. She warns Bill of Bragg’s plan but Bill, now realizing he loves Trina refuses to leave so, Flossie suggests that Bill and Trina run away together. To ensure that Bragg will do them no further harm, Flossie shoots him, then herself as Trina and Bill head toward the railroads and their future. 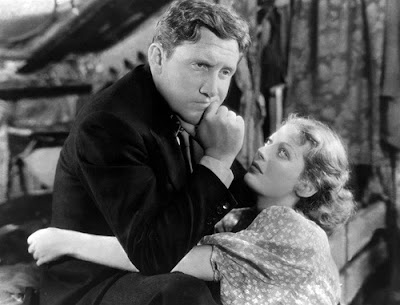 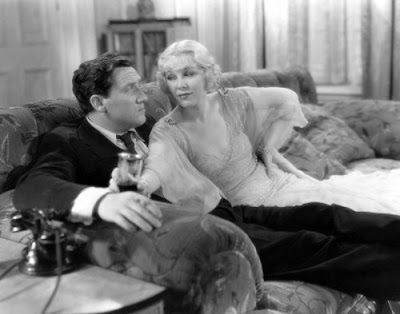 A Man’s Castle is a typical pre-code ignoring all morals by letting a man and woman shack up together without the sanctity of marriage and a constant reminder of what the Depression was doing to people as evidenced by the shantytown Trina and Bill lived in and the speech that Bill gave the restaurant manager. Although I enjoyed looking at the youthful Young, I thought she came off too clingy and sappy. Tracy was bullish and the whole story revolved around whether or not he would stick around. Personally, I would have hit him over the head with a pan and called it a day.
Tonight on TCM! Sweet! Joan wielding her axe!
Strait-Jacket (1964) Murder follows an axe murderer home when she's released from a mental hospital.Cast: Joan Crawford, Diane Baker, Leif Erickson, Howard St. John Dir: William Castle
Posted by Sarah at 8:58 AM