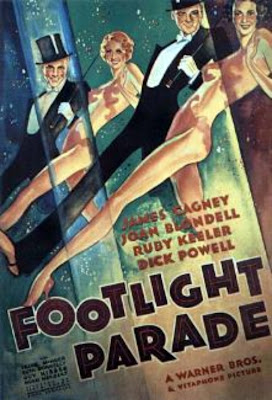 Chester Kent’s career is on the skids with the advent of “talkies”. After his wife leaves him he comes up with an idea to create musical numbers called “prologues,” short stage shows that are presented in theaters before the feature is shown. His idea is instantly liked by Silas (Guy Kibbee) and Al (Arthur Hall) producers and future dishonorable business partners. As the prologues become popular, Kent finds it harder and harder to come up with ideas and his job becomes even harder when a rival steals and produces his ideas before he can. Helping him out in his struggles are Nan (Joan Blondell), his secretary, protector and secret admirer; Bea (Ruby Keeler) dancer turned secretary turned dancer; Francis (Frank McHugh) his harried dance instructor, and Scotty (Dick Powell) juvenile lead. Together they best Kent’s business partners by getting Kent the money he deserves and they put on the three greatest shows to impress Mr. Apolinaris (Paul Porcasi) who owns the Apolinaris theater circuit: Honeymoon Hotel, By a Waterfall (impressive!) and Shanghai Lil. 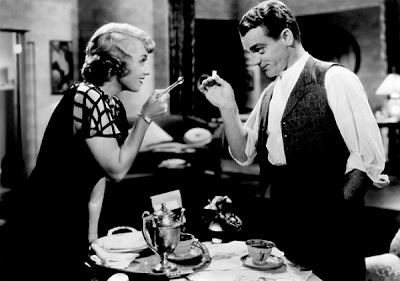 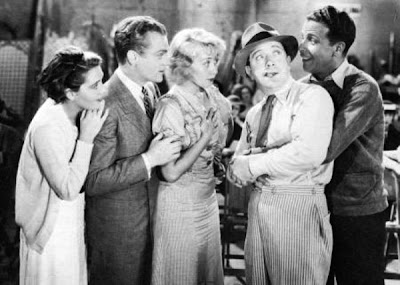 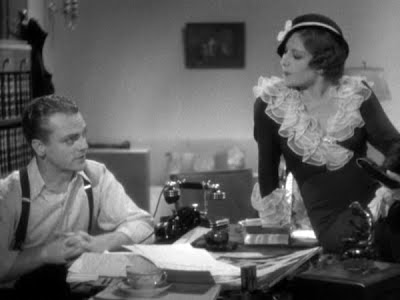 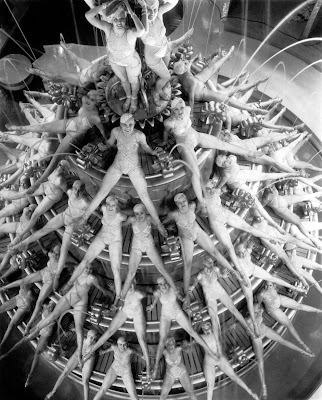 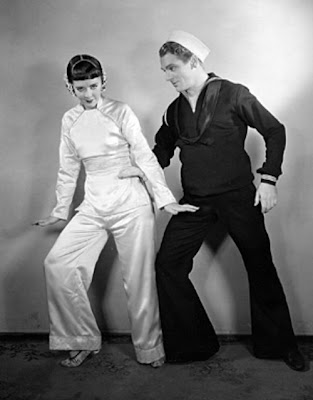 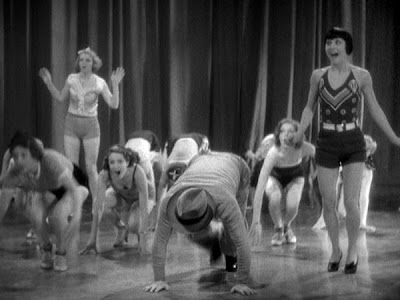 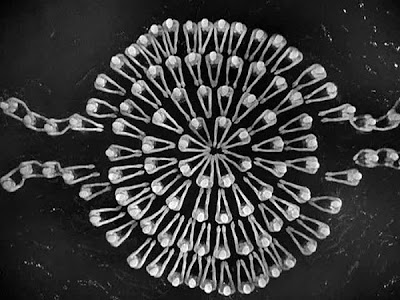 This movie has got everything! Joan Blondell and her usual wise-cracks, Dick Powell’s dopey smile and warbling voice, Ruby Keeler under water, Frank McHugh imitating cats, James Cagney impressing us with his fancy foot work, Guy Kibbee, flustered as usual, and of course, Busby Berkley’s sensational choreography. Though I am not huge on musical displays, I can’t refuse a Busby Berkley production and the cast was wonderfully suited. It should be watched simply because it isn’t Cagney’s usual role. It’s a shame he wasn’t able to do more work that showed of what a talented dancer he was.
Tonight on TCM!
Our Daily Bread (1934) When he inherits a small farm, a Depression-weary man turns it into a collective operation.Cast: Karen Morley, Tom Keene, Barbara Pepper, Addison Richards Dir: King Vidor
Posted by Sarah at 5:00 AM