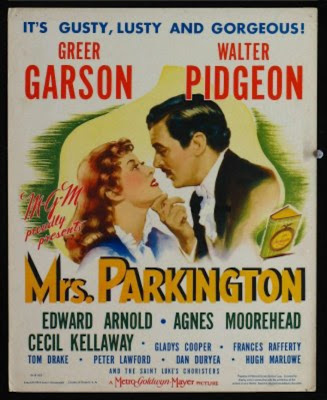 Mrs. Parkington is the history of a love story told through flashbacks. When scandal erupts within the Parkington family that could ruin their fortune and good name, Susie Parkington cannot help reflecting back on her marriage to the man that built the Parkington name and how he would handle the situation. Through a series of flashbacks we learn of the love and loss of Major and Mrs. Parkington from their meeting in a boarding house where Susie worked in a town called Leaping Frog, Nevada; through their private battle during a public humiliation and their estrangement following the death of their son. The underlying moral of the story beyond the hardships of love and loss is the realization of creating an empire and fortune worthy of passing down only to find that it has corrupted the potential inheritors.
With thoughts of the Major in mind, Susie makes a decision contrary to the wishes of the family, but one that she feels the Major would make as well. 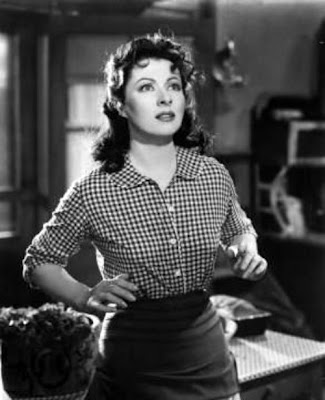 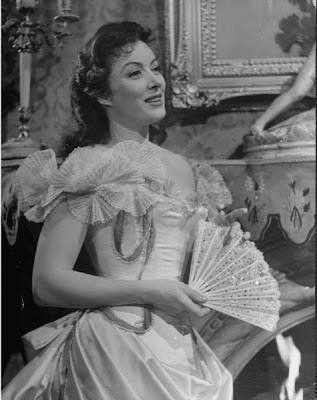 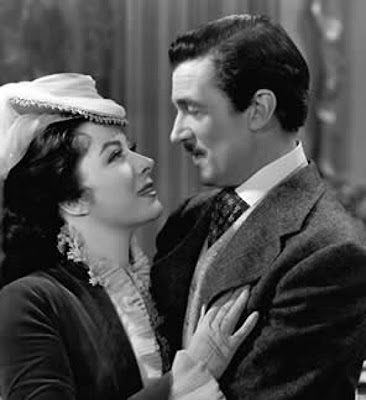 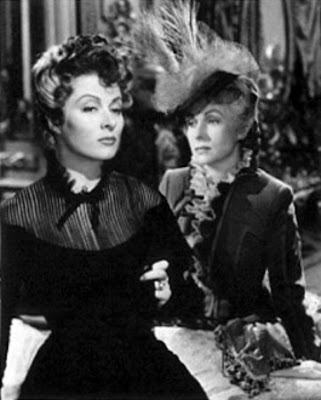 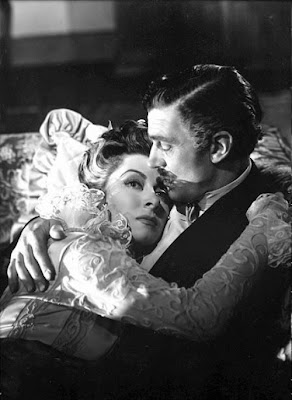 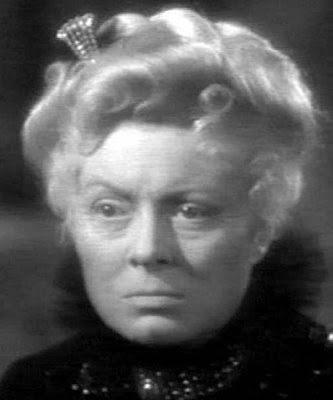 I always enjoy a good story about disfunctional families, the Parkingtons are no exception. Though the film over two hours and the storyline is not uncommon, I was absorbed in the wonderful performances of Garson, Pidgeon, and Agnes Moorehead who played the extravagant Baroness Aspasia Conti. It was interesting to see Mrs. Parkington evolve from a young naive girl to a knowledgeable, unaffected woman through each flashback; to see the relationship that was questionable at first grow into true love; to see how the Major and Mrs. Parkington resolved their problems and overcame loss. It makes me look forward to seeing Mrs. Miniver all the more!