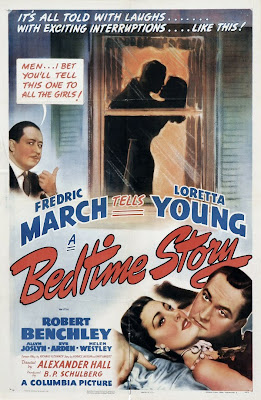 After seven years of marriage, actress Jane Drake (Loretta Young) is ready to quit the stage and retire to a farm in Connecticut as her and her husband, producer-playwright Lucius "Luke" Drake (Fredric March) have always planned. Unfortunately, Luke is not ready to let go. When Luke informs Jane that he has sold their dream farm and invested in a theater, Jane travels to Reno for a divorce. Thus begins a series of plots and twists involving friends, actors, divorce, marriage, and an entire hotel staff as Luke tries to convince Jane that leaving him and the theatre would be a terrible decision.

Supported by great character actors such as Robert Benchley, Eve Arden, and Joyce Compton, A Bedtime Story was full of witty prose, tongue-in-cheek humor and Fredric March as I like him best, a good mixture of indignant and contrite and maybe just a bit hammy. 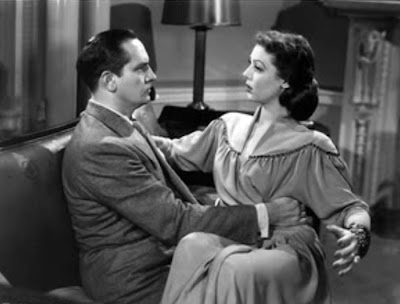 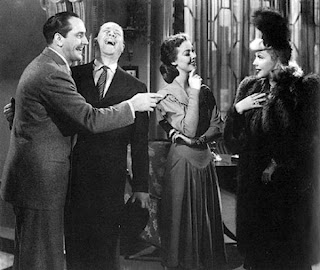 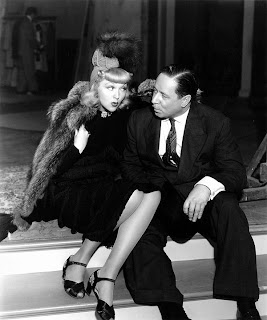 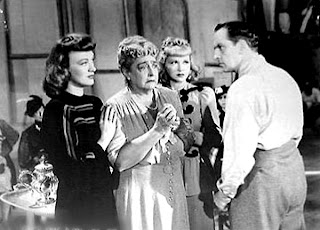 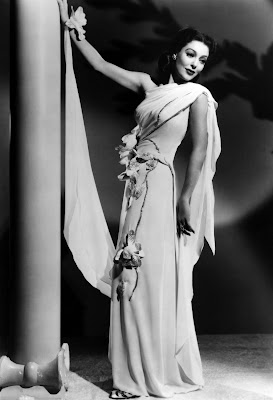