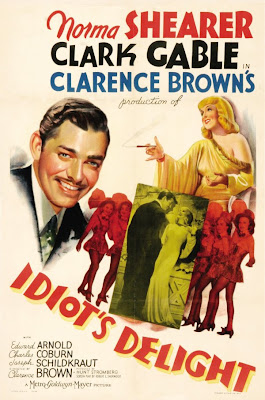 Harry Van (Clark Gable) has returned from WWI to find his career as an entertainer on the skids. While working as an assistant to an alchoholic mind reader in Omaha, Harry meets Irene (Norma Shearer), an over imaginative acrobat, who tries to convince him that they should form their own telepathy act. After a brief romance, they part at the end of their bookings, but not before Harry buys Irene a souvenir, the only souvenir he has ever bought a girl. They part after he tells her he is sure they will meet again one day. 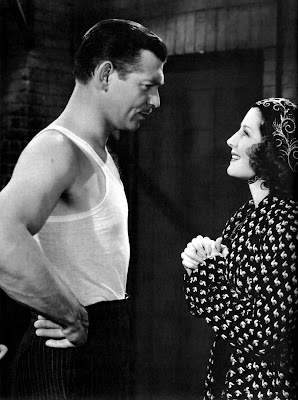 Several years later, Harry is touring Europe with his act, Les Blondes, a six-girl song and dance troupe when, en route to Geneva, the border is closed and they are forced to stay at a hotel near an aviation field that sounds off air raids and leads to trouble later in the film when the planes there are used for bombing missions. 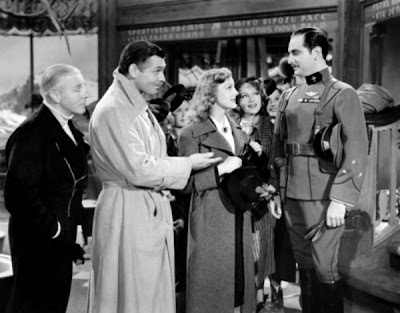 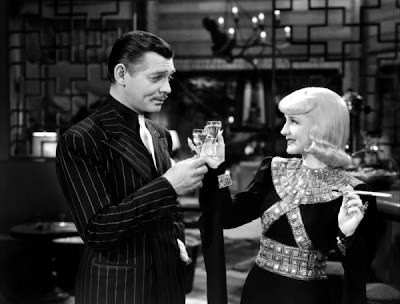 Another guest at the hotel is a Russian with blonde hair and a serious resemblance to Irene. She is traveling with munitioneer Achille Weber (Edward Arnold). Harry recognizes her, but she laughs at any mention of him knowing her in Omaha. As the airbase near the hotel awaits retaliation from their air raid, the borders are reopened for the guests to leave. However, Weber, angry with Irene because she scorned him for being the cause of so many deaths, leaves her behind with a faulty passport. As she bids Harry goodbye, she reveals she did know him in Omaha, citing the room number he stayed in and later producing the souvenir he gave her. After seeing the Les Blondes to safety, Harry returns to the hotel and admist a bomb attack, he and Irene fall in love all over again. 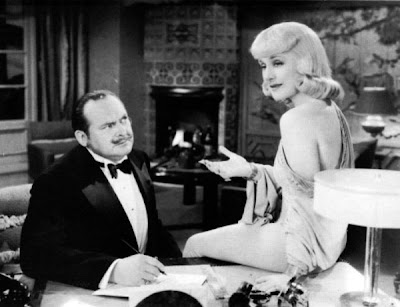 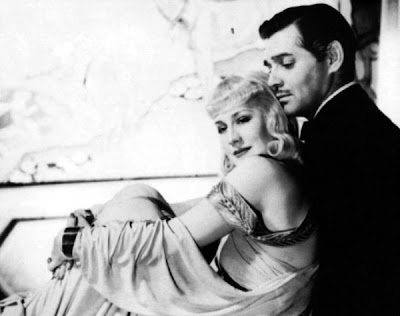 I think it's safe to say that this was one the worst Gable movies I have ever seen. I think it's safe to say that I think it's the worst film I have ever seen him in because of Norma Shearer's character. She's simply too much. Her Russian accent is overdone, her gestures are overdone, even her hair is overdone. It was hard to sit through this film and watch her strut around the hotel spouting off about her adventures and drinking vodka. Despite all this, I still kinda like Norma Shearer. I just need to take her in small doses.