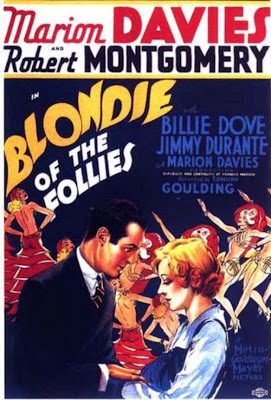 Blondie McClune (Marion Davies) and her girl friend, Lottie Callahan (Billie Dove), have one goal- to get out of the tenement house they live in in New York with their families. Blondie however, doesn't possess an easy virtue and doesn't like to man-handled. Lottie leaves and moves uptown to join the follies. Living on easy street and having an affair with millionaire playboy Larry Belmont (Robert Montgomery) Lottie, now known as Lurline invites Blondie to check out her lifestyle. Larry is instantly smitten with Blondie but over the course of spending the evening together, much to Lurline's dismay, Larry realizes that Blondie is a different type of gal and he wants to protect her from the lifestyle that Lurline has fallen into. 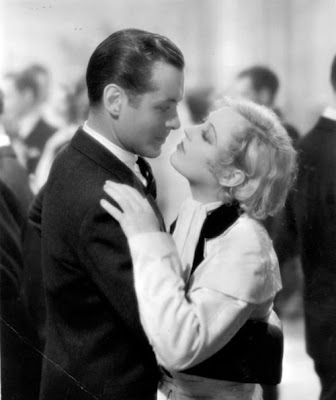 Despite this he arranges for her to get a job in the follies, further angering Lurline, and after getting her drunk at speakeasy, he takes Blondie home, shocking her father, who warns Blondie never to see him again. Angered, Blondie leaves and stays with Lurline who admits to being in love with Larry and cashing her V-check on him. Blondie promises never to speak to the cad again. The next morning, her father comes to Lurline's to apologize for being old fashioned and sadly gives his blessing for Blondie to start a new life in the follies. 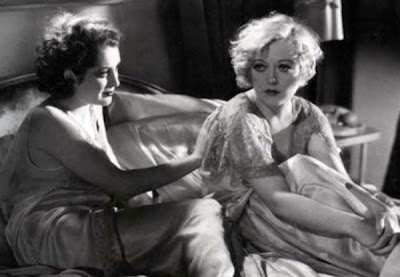 That night Blondie goes with Lurline to a yacht party owned by an oil tycoon who loves blondes. Larry runs into Blondie and Lurline there and admonishes Lurline for trying to bring a nice kid like Blondie into her type of life, and breaks their affair off. Speaking with Blondie, Larry tells her she is too nice a kid to be in this crowd. Lurline interrupts them, and the girls have a fight and Blondie decides to have her fun with the oil tycoon. 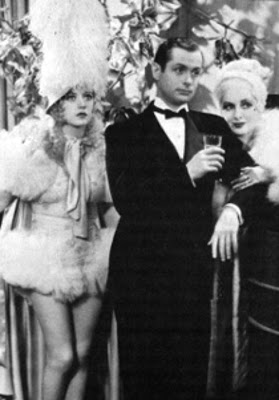 Three months later, Blondie has her own posh apartment and is a follies hit. She tries to get Larry and Lurline to reconcile, and though Larry is sorry for what's been done, he only wants to be friends with Lurline. Lottie and Blondie make up after Lurline realizes that Blondie has not seen or talked to Larry in those three months. That night Blondie's father dies.
Some time later, while Blondie is performing, Larry sends word to meet him at a speakeasy. Lurline catches wind of this and despite Larry plainly telling her he did not love her or want to be in a relationship with her, she goes instead of telling Blondie. When Blondie does hear about it she goes to him and learns that he is leaving for Europe because he is in love with her. 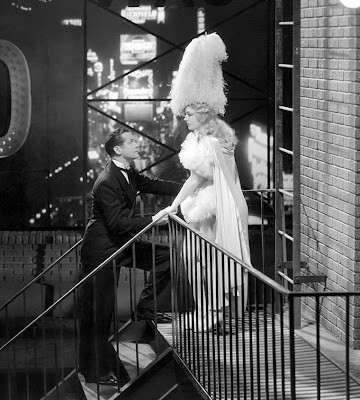 Lurline angrily pulls them apart and rushes Blondie back to the show for their next number where another show girl warns Blondie not to get onstage as her position there will allow Lurline to throw her from the stage, which Lurline does. Blondie is released from the hospital with a permanent leg injury, she decides to move back home despite offers of help from all her friends in the show, a remorseful Lurline, and Larry. Only Larry doesn't listen and shows up at her house with several different specialists and a proposal for marriage. Blondie finally gives in. 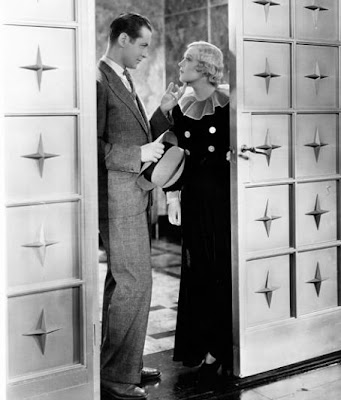 This was my first Marion Davies film and I found her quite delightful. After Blondie at the Follies, I watched Operator 13, Not So Dumb, and Ever Since Eve- though the two former films were not so fantastic, Marion managed to shine and Ever Since Eve, her last film was a fitting goodbye to her career in film. I also watched the documentary Captured on Film: The True Story of Marion Davies (2001). I have never had any opinion about Marion Davies as I had not seen her in any movie nor did I think that she had made many movies. I had, however, seen Citizen Kane and RKO 281 which did not paint her in a flattering light.

The documentary was quite informative and showed a much different side of Davies, certainly the purpose of film. I've taken the description from TCM on the documentary.

Narrated by actress Charlize Theron, Captured on Film: The True Story of Marion Davies (2001) is a documentary about the Hollywood legend whose acting career was overshadowed by her much-criticized love affair with newspaper magnate William Randolph Hearst. The film features the final on-camera interview with Davies' biographer Fred Guiles as well as interviews with film historians Kevin Brownlow, Jeanine Basinger, and Cari Beauchamp; former film critic Charles Champlin; and actress Virginia Madsen, who researched Davies for her portrayal of the star in the made-for-TV movie The Hearst and Davies Affair (1985). First-hand accounts of events in Davies's life will be shared by Carl Roup, a studio newspaper boy who was chosen by Davies to appear as an extra in The Red Mill (1927); Davies's friends, including actress Constance Moore and King Vidor's daughter, Belinda Vidor Holiday; and Life magazine correspondent Stanley Flink, who taped interviews with Davies in 1951, excerpts which are heard in the documentary.While the press and the film Citizen Kane (1941) served to paint Davies as a hard-drinking golddigger with no talent, Captured on Film: The True Story of Marion Davies will reflect her true nature - a talented, hard-working actress and shrewd businesswoman. The documentary chronicles Davies's career and her relationship with Hearst, from their meeting in New York to his death in 1951, and contains rare clips from some of Davies's earliest films, recently rescued from nitrate decomposition, including The Cardboard Lover (1928), The Patsy (1928), When Knighthood Was in Flower (1922) and Quality Street (1927), as well as rare, never-before-seen home movies from the Hearst castle and from the couple's European travels.

What I took from this documentary was that Davies was a very generous and talented woman. She was open about her relationship with Hearst and crucified in the public eye because of it. I think you have only to look at her films to see that Hearst, though he backed her financially, did not give her the talent she displayed on screen. Was she the best actress out there? No. But neither was she the worst nor would she have a hard time carrying a film. The most interesting tidbit in this documentary is that Orson Welles stated he never meant for her public image to suffer due to Citizen Kane and that he deeply regretted ever hurting her. I don't know what delusional cloud he was sitting under to think the movie wouldn't do her harm but then again- this is Orson Welles were speaking of.


I highly recommend checking the documentary out. Especially if you are a Davies fan. She really was quite a brilliant actress with a natural talent for comedy and mimicry.

Summer Under the Stars: Sidney Poitier

Email ThisBlogThis!Share to TwitterShare to FacebookShare to Pinterest
Labels: Blondie of the Follies, Davies, Dove, Montgomery