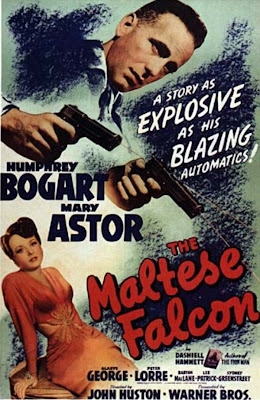 I just saw The Maltese Falcon for the first time! Though I think it needs no explination as it is one of the better known movies in history, below is the synopsis with spoilers. I guess I should let it be known that all my movie blog entries contain spoilers.
I actually saw Satan Met a Lady first, the precursor to The Maltese Falcon. I have to say I liked that version better but that's because I'm a fan of Bette Davis and think she plays the better liar. She also doesn't go as quietly as Mary Astor's character does.

Private investigators Sam Spade (Humphrey Bogart) and Miles Archer (Jerome Cowan) are hired by the beautiful Miss Ruth Wonderly (Mary Astor) who is looking for her missing sister. Convincing Sam and Miles that her sister is involved with an evil man named Floyd Thursby, Archer eagerly volunteers to tail Wonderly when she meets Thursby to find out what he has done with her sister. Later that night Spade is informed that Archer has been killed. He meets his friend, Detective Tom Polhaus (Ward Bond) at the murder scene. Spade tells Polhaus that Archer was tailing Thursby, but doesn't give any more information. Spade then calls Wonderly’s hotel, but she has checked out without leaving a forwarding address. When returns to his apartment, Polhaus and his supervisor, Lieutenant Dundy (Barton MacLane) arrive to question him not on the murder of Archer but on the death of Thursby who was murdered shortly after Archer. Dundy suggests that Spade had the opportunity and motive (he was seeing Archer's wife on the sly) to commit both crimes. 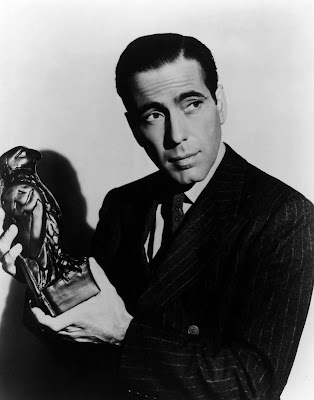 The next morning Spade meets with Wonderly, who says she is really Brigid O’Shaughnessy. She explains that Thursby was her partner and probably killed Archer, but has no idea who killed Thursby. Spade agrees to investigate the murders. Admist the investigation Spade meets and deals with Joel Cairo (Peter Lorre), who first offers him a $5,000 to find a “black figure of a bird”, then pulls a gun on him in order to search for it, Wilmer (Elisha Cook, Jr.), the man who has been following him, and Kasper "Fat Man" Gutman (Sydney Greenstreet), the man with the most money and desire for the falcon having spent seventeen years trying to obtain it. 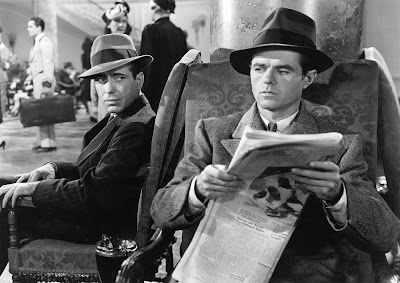 Realizing that all three men and Bridgette O'Shaughnessy know each other, he feels his best bet is to play them against one other, leaving the viewer to believe he's just out for the most money.
When the falcon turns up in the hands of Spade frenzied, Gutman, Cairo and Brigid unwrap it, revealing a black statuette. 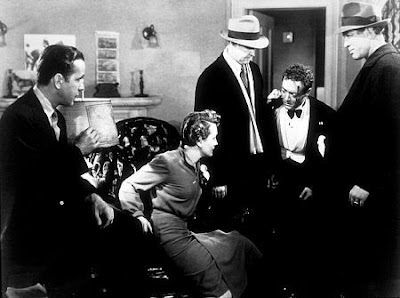 However, when Gutman inspects the bird, he realizes it's a fake but quickly recovers from his disappointment to suggest that he and Cairo return to Istanbul to continue their search. He takes back all but $1000.00 of the $10,000.00 he paid Spade to find the falcon. After Gutman and Cairo leave, Spade calls the police and tells them where to pick up the pair. Spade then confronts Brigid, getting her to confess that she killed Archer to implicate Thursby, and get him off her trail. Despite her disbelief and claiming her love for him, Spade turns over the fake Falcon, the money Gutman gave him, and Brigid. When the statue is picked up by Polhaus, he asks what it is. Spade replies, "The stuff that dreams are made of." 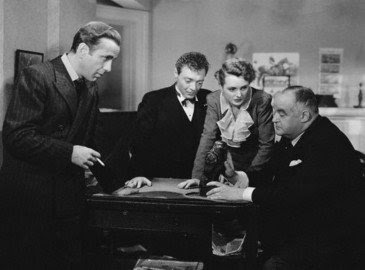 Side note: I watched a poorly made documentary called Billy Wilder Speaks. Mr. Wilder touched upon Humphrey Bogart, he said he had to set up his camera shots accordingly in Sabrina because Humphrey Bogart spat a lot when he spoke. I noticed this especially in the ending scene in The Maltese Falcon, the man was like a sprinkler!
Tonight on TCM!
Waterloo Bridge (1940) A ballerina turns to prostitution when her fiance is reported killed in World War I.Cast: Vivien Leigh, Robert Taylor, Lucile Watson, Virginia Field Dir: Mervyn LeRoy
Posted by Sarah at 5:00 AM