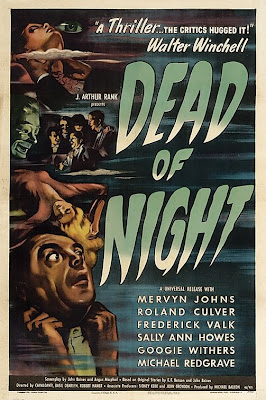 I saw Dead of Night last night. A story about Walter Craig who inadvertently travels to the home of his reoccurring nightmare and meets people who inhabit that nightmare. They all share their stories of the supernatural to a disbelieving psychoanalyst, Dr. Van Straaten who in turn, shares a story that puzzles even him. He tells the story of The Ventriloquist's Dummy, which features Michael Redgrave who plays the best character in the whole film. I don't want to give too much away, suffice it to say he does a great impersonation of ventriloquist dummy.
Directed by four different people, some of the stories were spooky and the ending had a twist that I think could have been better played out but, overall, Dead of Night was interesting. 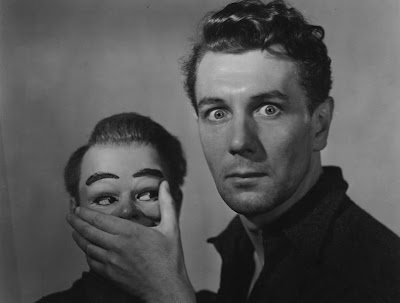 Email ThisBlogThis!Share to TwitterShare to FacebookShare to Pinterest
Labels: Redgrave